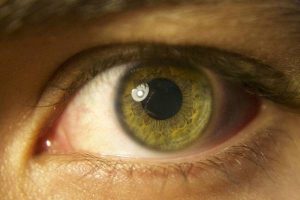 This site was created to answer the questions that are often asked regarding vision corrective surgery, like, exactly what is LASIK? In discussions of science and medical operations it is sometimes difficult to understand the details if you are not highly trained in the field. So, we have attempted to cover the topic of LASIK in simple terms. But first things first, if you are considering LASIK surgery, you may want to find out if you are a good candidate for the operation.

LASIK is actually an acronym. Broken down it means :-
LAS for laser,
I for in sutu Latin for in position, and
K for Keratomileusis, which is basically a scientific term for vision correction surgery.

LASIK is a surgical procedure performed by a licensed doctor usually known as an opthamologist. There are different processes for each of the problems surgery can correct, but they begin the same.

1) A very thin layer of the cornea (the protective coating on the eye) is cut to make a flap which is peeled back to expose the stroma (the next layer of the eye). The cut can be made using a bladed instrument (known as a microkeratome) or a laser.

2) Eye measurements taken during the consultation are entered into a computer that controls the laser. The laser then reshapes the cornea to the programs specifications. This is where the process can can differ depending on the patients specific vision problem :-

a) For nearsightedness (also known as myopia), the laser flattens the middle of the cornea so light will focus on the correct place in the eye instead of in front of it.

b) For farsightedness (hyperopia), the laser shapes the perimeter, moving the focal point of light forward.

c) For astigmatism the laser shapes different areas to make the surface symmetrical so light rays merge at one point.

3) The flap is adjusted back into its original position on the eye.

So, that covers the basics.  If you are still interested in LASIK, you might like to find the best LASIK surgeon in your area or refer to our navigation to learn more.